I decided to with my new Arthritis medication working fairly well, I would try to reclaim some of my “missing life.”  We all have parts of our lives missing.  Things we can’t do, that we used to be able to do.  I’m not talking about playing the violin, unless of course you were a violinist before your arthritis struck, but those things we used to commit to do without even thinking.

I also gave talks on skeptic education, such as Bigfoot, UFOs, alien abduction and had a specialty in New England paranormal history.

When I was asked to give a talk before I was always honored and happy to say a resounding YES.  YES, I would love to travel to where ever to share what I know.  YES, I love putting together a fun power point.  YES, I love answering questions, and I’ll gladly show and even contribute snacks.

The only thing I needed to check was my calendar.  I would travel all the way to TAM at Las Vegas, or drive 6 hours to my favorite talking venue at the Central NY Skeptics in Syracuse.  If the calendar was clear, I was ready to go.

I haven’t given a talk for over 3 years.  That’s because what was “No problem” became “Big problem”.  I was mortified when I had to cancel a talk at CNY skeptics just days before I was to speak as I needed surgery on an artery in my head.  This was the beginning or a long period of diagnostic testing to discover I was suffering from two types of Arthritis.  There is nothing worse than letting down your favorite group, and to do so at the last minute was especially distressful.

I’ve had to confine my skeptic education to blogging.  It was only recently that I decided I try speaking in public again.  I’m on a new medication that is in a testing phase.  My response has been good.  Not “I’m cured”.  But certainly helpful enough that I have gained back some of my courage.  I could perhaps, do a talk.

I looked at the local library and saw they were offering something called “Out of the Ordinary” brown bad lunch talks.  Among the speakers were the local so called psychic, the local ghost hunting group, and a UFO “expert”.  I noticed there were two dates on the library calendar that said “Come hear our mystery guest”.  As an experienced speaker I know that means “we don’t have a speaker for these dates.”

As a skeptic, I knew if I could get a gig as one of the “Mystery speakers” it would be an invaluable opportunity to teach an audience ,expecting woo and the paranormal, about skepticism.  The skeptic educator in me had to ask “Are you up to this challenge?”

I had to think about the changes on this new medication. Did this medication give me the freedom to commit to something, for just an hour, or would I risk letting the library down if I were ill?

My old medication gave me the feeling I had become someone that just basically had turned from a human being into an illness.

The illnesses ruled my life.  I could plan nothing.  My bed was the only thing in my life that was consistent.

This is one reason I volunteered to try a new off use medication.  My doctor asked me as he could tell the methotextrate was making me depressed. The other Rheumatologist at the practice is a firm believer in Methotextrate.  He refuses to try anything new, because he contends “We know the history of Methotextrate.  We know all the side effects.  We know that it helps patients.  I won’t take a chance with my patients as guinea pigs.”

My Rheumatologist is young.  He’s the newbie.  He graduated from the school on a tropical island.  He treats not just my illnesses he treats my whole body.  Including my mind, which was in a critical state.  I volunteered for the new medication because I have adult children, no financial need to support anyone, and I was desperate for that one thing that keeps all of us going… HOPE.

The new medication gave me enough energy to commit to ONE THING each day.  Nothing big and timing was important.  But it did open up life for me again.  I wasn’t just my illness.  I can now get a haircut.  I can commit to a time and appointment and get a haircut.  That’s huge.  I can go shopping for about an hour.  Give me a cart to lean on and I might make more than one store.

So I committed to the talk.

I had a wonderful time at the talk.  I hope the audience enjoyed it and learned a few new things.  I was in a bit of pain as I had to stand for the entire talk.  That’s because a podcaster was recording the talk.

I made my first mistake.

While I can commit to something, I can’t do something like I used to.  Standing for an hour was very painful.  I thought too late to ask for a stool.  I needed to be near the microphone, so my plan of just sitting was OUT.  Also, it is important to be seen when you are speaking. So asking for a stool is on my list of things for any future talks.

Then afterward I agreed to do an interview with the podcaster. That was fine, especially as I had a friend help me with the interview. He knew a lot of answers I did not know.  But, that was a second hour.  Finally I hung out with my friend a bit.  No problem but I was fading quickly.  The standing for an hour had taken a toll on my joints.  Flaring was happening.

The next day, I wasn’t able to do anything.   Well, I did do a lot, I was icing joints and feeling sad that my foray into the “real world” was a failure. It wasn’t, but I missed an important appointment because I was in too much pain to keep it.

If I had used a stool, if I had limited my time after the talk, and if I had expected that naturally there is always a price to be paid for any activity, I would not have felt so upset with myself.  The point is I can still do a lot of things I used to do, but I need to do them differently.

I also need to know, I’ll need a day of rest afterward.  It’s not making the entire Universe, but my body demanded a day of total rest after my exertions.  No amount of “will power” could overcome the pain and exhaustion.

So, can we do things we like to do? Of course.  Will we pay a price? You bet we will.  Does it mean we give up and never take a chance and just stick to our schedule of  “what works” and causes us the least pain in our lives?  That’s up to each person.

I wasn’t ready to commit to another talk until I had fully recovered and thought for a bit.  Was the pain, the entire day after “wasted”, worth the feeling of being productive and educating others?  Maybe not the day after, but the week after I truly felt it had been worth the pain.

In other words, I’m open to speaking engagements again. 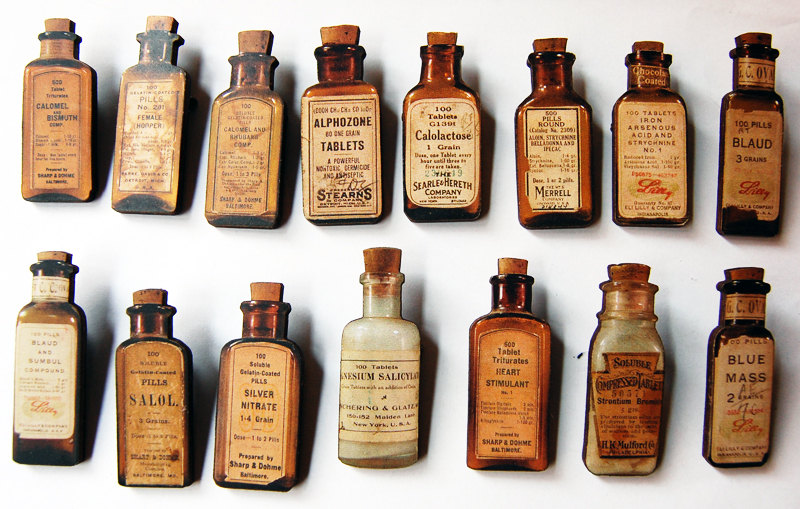 When I was first diagnosed with Hashimoto Tyroiditis disease I was prescribed medication to take everyday.  Before that diagnosis, I only pill I took daily was a vitamin D tablet in the winter.  Here in New England, almost everyone is diagnosed with low D during the winter months.

Now I look at my vast array of medications and wonder “All these can’t be good for me!”  I have since had a diagnosis of two types of arthritis (one can make you blind overnight!) and Type Two Diabetes (medication induced).  The amber bottles of pills keep growing.

Side effects need their own drugs it seems, but these drugs also have side effects.

So, if you are like me you have more than once thought “I wonder if these medications are making me feel ill?  Maybe it’s not the disease, maybe it’s the medications!”  Less is more is my thought, and my insides make horrible noises most of the day in rebellion against the medical onslaught.  This just doesn’t seem right, or even good for me.

I decided that the one doctor I trust the most and I needed to have a little talk.  So, I took a list of my medications, and asked her “Why am I taking each of these? Are there any I can cut out, or work toward cutting out?”

It was a very good conversation.

First off, I wasn’t taking many of my medications in the optimal way.  My thyroid medication is a bitch, I need to take it on an empty stomach.  Problem is the other medications need to be taken with food.  My solution was waking at 2am and just taking them.  The problem is, they work best if taken on an empty stomach with a glass of water. Not a sip of water in the middle of the night.

We talked and came up with a solution. I now take the pills first thing in the morning with a water bottle I keep by the bed.  Then I wait 20 minutes and take my arthritis medications.  I’ve noticed a difference in how I feel throughout the day.

Some of my medications are common for people my age.  The statin is needed as my family has unusually high cholesterol.  We just do. Even the vegan weird hippy cousin, she’s delightful, but she’s on a statin.

Also going over my side effects with her was very important. Side effects can be very dangerous, and she suggested a new pill to help with my stomach complaint.

Did I get to drop any of my medications? No. I’m still not happy about the number of medications.  But, as she reminds me over and over “You have several very serious illnesses.”  People with serious illnesses take a lot of medication.  Just because it’s an “invisible illness”, meaning I look fine, doesn’t mean it isn’t truly dangerous.

I have a friend that complains her husband refuses to take his blood pressure medications.  She is upset, but not enough to really make sure he takes them. She jokes “If he has a heart attack it will be his fault!”

He’s proud he doesn’t “take pills”, he says he feels great.   He’s thin, he rides his bike, and he “eats right”.  The blood pressure cuff of course doesn’t know any of that.

But, while I am still unhappy about the number of medications I take, and I want to cut down, I’m happy I did speak to my physician about each and every one.

WHY am I taking this

WHAT does it do

WHICH side effects do I have (and how can we treat them?)

WHEN can I stop taking this (maybe never?)

WHATEVER can I do to perhaps get off this medication?

Also, if you are having a problem with one medication (and how to figure out which one can be hard), see if there is an alternative you can try.  There usually is and often you are much happier with that alternative!